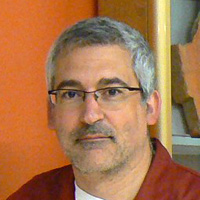 Head professor and researcher at UVigo

He is an archaeologist, graduate in Geography and History from the USC (1985), with the specialties of Ancient History and Prehistory and Archaeology. He is a Doctor from the same university (2000), where he obtained the Extraordinary Doctoral Award. He had a predoctoral grant in the Universities of Coimbra and Braga (1987-1988) and in the Department of History I of the USC (1989-1990).
Get in 2003 the current category of Full Professor of University. He is also Professor Tutor at UNED, at the Associated Center of Ourense, since 2006.
Head researcher of the former “Experimental Archaeology” Research Group (2003-2011). He is currently part of the GEAAT Research Group, where he performs general coordinator functions. He has directed several R&D projects for archaeological research, excavation and museography; highlighting the two Roman sites of Noville in Mugardos (1988-1989), Toralla in Vigo (2002-2009), Armea in Allariz (2011-2012) and the current of Currás in Tomiño (2013).